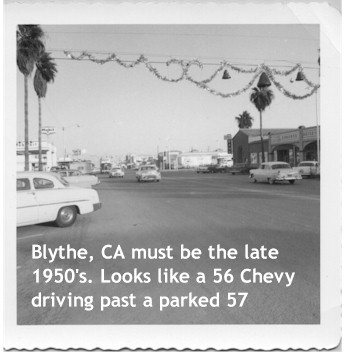 Leland was born in Blythe California. He new at a young age that he wanted to work on motor vehicles. He recalls how he and his buddies would go out to the city dump and get abandoned vehicles running and drive them all over the desert.  In attempt to keep Leland busy and out of trouble, his father had him repairing  parking meters. He was a natural at repairing anything broken.

Leland moved to Placentia in 1948. He attended Valencia High School and worked part time in a local garage. In 1950 he joined the U.S. Army and served in the Korean conflict. After discharge he returned to Placentia finished high school at Fullerton College and married Mary Tolbert.

In 1957 he bought a one man garage business, the same one he worked at during high school.  Castner's first customers were the local towns people and the orange ranchers who wanted to encourage this young man with so much talent. He repaired all kinds of vehicles and farm equipment.   Oranges were the major industry in Placentia then.

In the late 50's Mary was very busy at home with their three children, Ronald, Robin and Randy.

The town of Placentia began to grow in the 1960's and so did Castner's Garage. Lee and Mary worked very hard and after renting for eleven years were able to purchase the property at 214 S. Bradford Ave. and build a 10 bay repair facility. The business continued to grow though the 70's and in 1974 "Lee Castner's Garage" became Castner's Auto Service, Inc.  About that same time the building just to the north of us became available for sale and it was purchased, renovated and the needed equipment for auto repair installed. That brought our bay count up to 16, where it stands today.